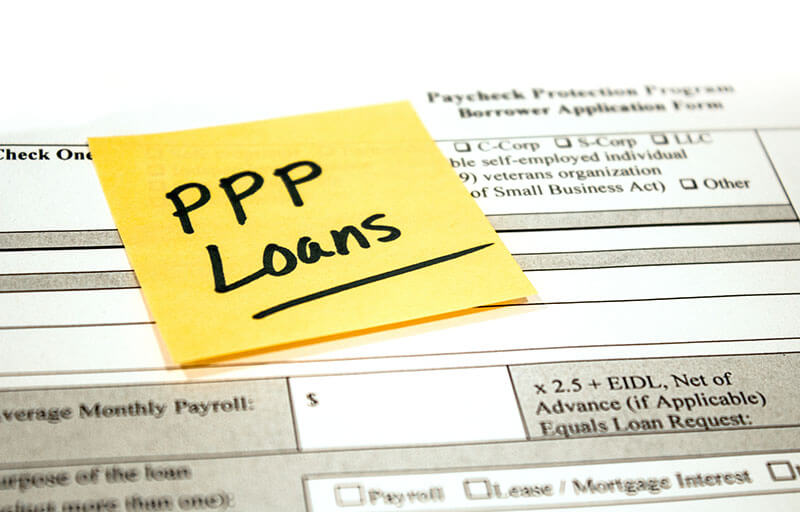 SBA Guidelines Released for the Second Round of PPP Loans: Who’s Eligible & What Can It Be Used For

Congress passed a $900 billion COVID-19 relief bill on December 27, 2020 that adds $325 billion back into the revived Paycheck Protection Program (PPP2). The even better news is that just this week – only two weeks later – SBA guidelines for PPP2 were released as well.

Unlike with the first round of PPP loans, which were released several months after the bill was signed into law, this week’s guidelines are welcome news to address some areas of uncertainty that occurred with Round 1.

How Round Two Works: An Overview of PPP2

Businesses are eligible for a second PPP loan of up to $2 million if they have 300 or fewer employees, have used the full amount of their first PPP loan, and can show a 25% gross revenue decline in any 2020 quarter compared with the same quarter in 2019.

Loans are open to first-time borrowers that have 500 or fewer employees, are sole proprietors, eligible self-employed individuals, and independent contractors. Churches and other non-profits are also eligible. Hotels and restaurants with less than 300 employees per location are eligible as well.

Borrowers that returned part or all of a previous PPP loan are welcome to reapply for the maximum amount available to them.

The SBA expanded the scope for how this round of funds can be used. In addition to payroll, utilities, rent, and covered mortgage interest, the following are also potentially forgivable:

Borrowers will have to spend no less than 60% of the funds on payroll to be eligible for full loan forgiveness – the same parameters as in the original PPP.

The SBA will create a simplified forgiveness application process for loans of $150,000 or less.

A borrower will receive forgiveness if they sign and submit to the lender a certification that is not more than one page in length, includes a description of the number of employees the borrower was able to retain because of the loan, the estimated total amount of the loan spent on payroll costs, and the total loan amount.

The first round of PPP funds were depleted within days after the SBA launched the program. For Round Two, the SBA included a fixed portion of funds carved out for a specific sub-set of small businesses. Specifically, $35 billion is set aside for first-time borrowers, $15 billion of which will be set aside for smaller, first-time borrowers with 10 or fewer employees or loans less than $250,000 in low-income or moderate-income neighborhoods.

The second round of PPP loans was being considered in Congress for several months before it was passed into law, giving the SBA time to analyze problems with implementation and forgiveness of the first round of PPP. As a result, the SBA published guidelines for PPP2 a mere 10 days after it was signed into law. The first-round guidelines, which were published 4 months after funds were made available, caused some pushback among banking associations and trade associations (See Opposition Grows to SBA’s PPP Loan Forgiveness Questionnaire).

One important note: PPP loans do not have a lot of restrictions. However, if you have an outstanding PPP loan, it is important to know that a sale of the business or other “change of control” transaction could prevent you from being able to receive forgiveness of the PPP loan. This means that any PPP borrower who is considering any change in the ownership of their business needs to check the SBA’s guidance to ensure that forgiveness will still be available (See SBA Provides New Guidelines Regarding PPP Loans and Changes of Ownership and Simplifies Forgiveness Process for Smaller PPP Loans).

Alex’s primary practice area is with small and mid-sized business owners in every aspect of their operations. His experience has included a variety of corporate, contract, merger / acquisition, intellectual property, and real estate transactions.