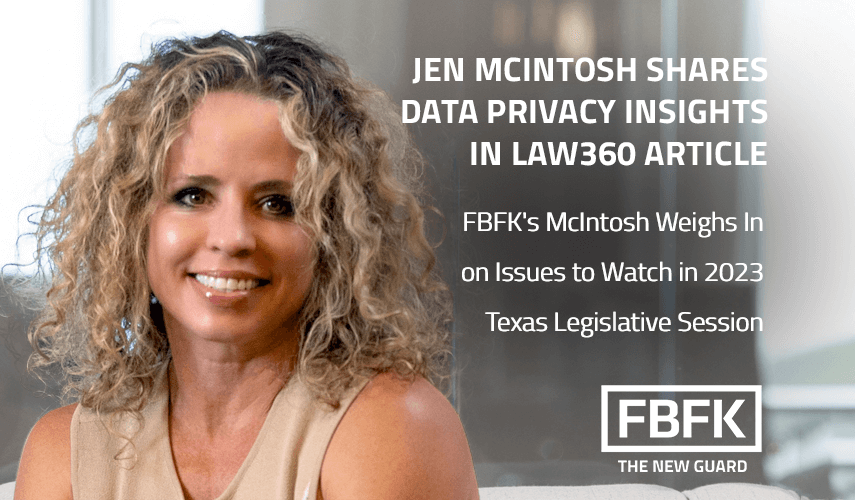 As part of a January 2, 2023 article by Law360’s Lauren Castle outlining issues to watch when the Texas Legislature is back in session, FBFK’s Data Privacy, Security, & Compliance Head Jenifer McIntosh shared her insights on what to expect as it relates to Data Privacy & Public Information issues in the coming year.

According to the article:

When Texas lawmakers resume in January, they will have to deal with issues that have filled courts and appeared on the national political stage in 2022: data privacy, social media and who has access to certain records.