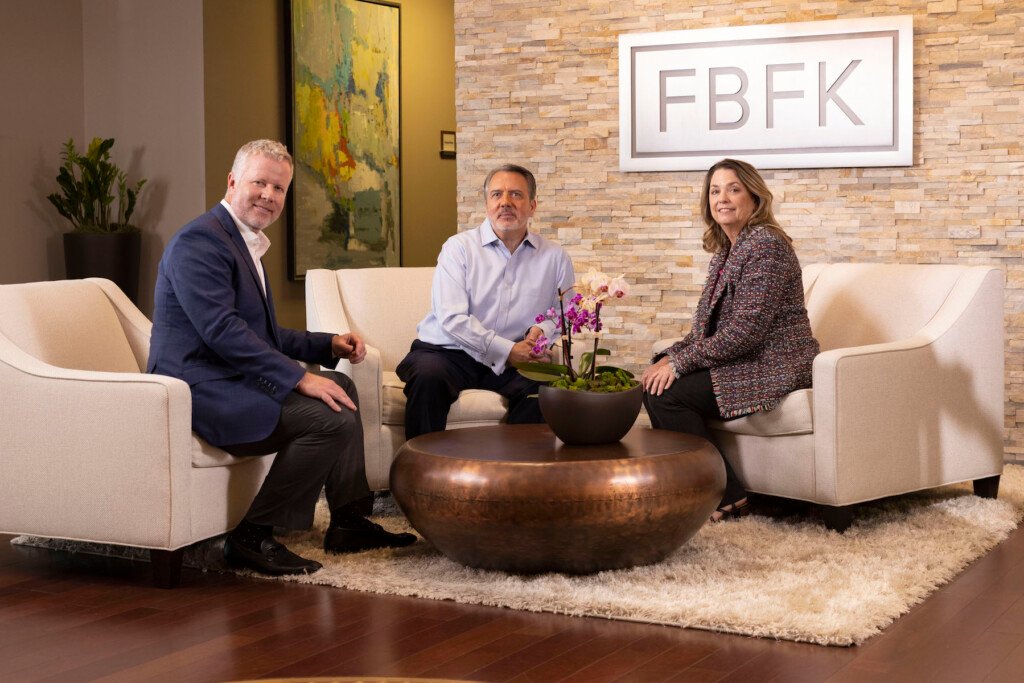 FBFK Law Firm’s Chris Williams predicts what happens next in M&A in 2022.

The merger and acquisitions market for the second half of 2022 is expected to see an uptick after a shaky first half resulting from volatility in the market, inflation, and rising interest rates. We caught up with Chris Williams, chair of the corporate transaction group at Plano-based FBFK law firm, to discuss the firm’s prediction for the second half of the year based on what FBFK’s clients are experiencing and the current market conditions.

“Although the current environment has created a lot of turmoil and uncertainty, we aren’t seeing a big slowdown in deal activity,” says Williams. “2021 was a record year in many ways, and while 2022 is off of those record high levels, there are still a lot of opportunities for M&A deals in this market.”

“Keep in mind that 2021 made the record books for completed deals. Even though activity is down this year, it is still historically higher than average. I think merger and acquisition activity will continue on a very steady pace.”

How will private capital affect M&A activity in the second half of 2022?

“There is still a lot of private equity money, which will need to be put to work despite all of the uncertainties regarding inflation, a possible recession, and other economic headwinds. I recently read that, globally, private equity has a record $2.3 trillion of dry powder available. With private equity firms and deals representing an increasing portion of the market – almost half of reported deal value versus a third just five years ago – private equity will continue to be a major player in the second half of 2022.

I also anticipate that with the economic changes we are seeing there’s a good possibility private equity shifts a portion of their capital from equity to debt investments and more direct lending to target companies. It’s likely traditional lenders will be more hesitant about possible recession fears and with rising interest rates, PE firms may step in to fill that gap.

Another factor is the decline of the popularity of SPACs (Special Purpose Acquisition Company), which were all the rage in 2020 and 2021. It seemed like everyone wanted to take a company public with a SPAC. SPAC activity is absolutely down this year due to poor performance with certain SPAC offerings, market volatility, and increased regulatory scrutiny. This will factor into increasing the prominence of private equity.”

Valuations Are Hanging On

Are you seeing any immediate impact on valuations?

“You would expect to see, given inflation and recession fears, a big downturn in valuations but we haven’t seen a real dramatic decrease yet. There has been some pullback from what I would describe as more exuberant valuations seen in recent years, but there are still good valuations available for the right companies out there. As valuations come down, strategic buyers may increase in prominence because it makes it easier for strategic buyers to compete.”

The Balancing Act of the Deal

Is the high level of inflation impacting the way you do deals?

“We represent companies across a variety of industries in transactions and day-to-day operations. In recent months, we’re seeing that some firms are more willing to finance deals with direct debt. We are also seeing sellers more willing to consider accepting debt and notes as overall deal consideration, as they are able to get a higher interest rate at a relatively low risk of default.

For example, I recently had a client conversation about a portion ($28 million) of the deal value which was going to be paid through a five-year note. We discussed whether our seller wanted the buyer to have the ability to prepay the note since, at 8% interest, the note was not a bad return. There is always a balancing act between the seller wanting a guaranteed return and the buyer potentially wanting to refinance it at a lower rate or pay it off early to avoid that obligation. We are seeing more of a combined approach of debt and equity as opposed to all-cash offers. In addition, buyers are placing an increased focus on financial due diligence – to consider and factor in different inflation scenarios and how that will impact market share, pricing, and customer and supplier relationships. Even things as granular as employee compensation and retention require thoughtful analysis on how increasing inflation will impact the value of a deal going forward.”

Are you seeing increasing urgency on current deals or any impact on deal flow?

“Our typical client is wanting to do a deal quickly and efficiently, but we have seen some increased concern about timing because of market uncertainties. Our deal flow has remained strong – not only with deals that started earlier in the year but with new deals starting up. There are still a lot of companies who want an exit, as well as investors who want to put their money to work but are having a more difficult time peering through the fog of uncertainty.  We help them get a view through that fog, although there are a lot of different factors which go into each unique deal.  We typically do transactions valued between $20 million and $300 million, and within the past six months, we closed a $1.3 billion deal. Each one of those deals had unique and distinct timing pressures.”

“We have a very strong mergers and acquisitions practice and help guide our clients in all aspects of negotiated transactions. Our attorneys have been prominent in the Texas market for a long time and have been through several market ups and downs – we’ve seen it all and pride ourselves on finding creative options and alternatives.”

To learn more about how FBFK can partner with you in all matters of M&A, visit https://www.fbfk.law/our-firm.

Chris Williams is the Chair of FBFK’s Corporate Transaction Group with more than 25 years of corporate securities, mergers and acquisitions, and transactional and compliance experience. He can be reached at [email protected].