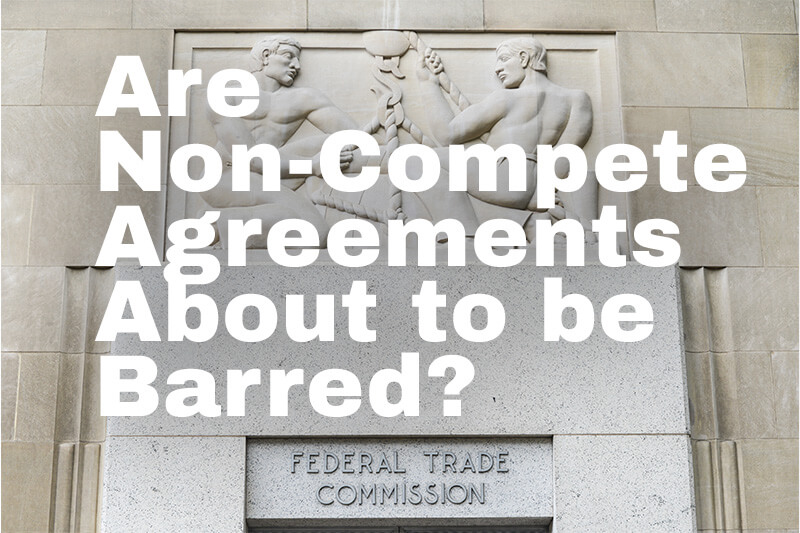 Are Non-Compete Agreements About to be Barred?
What this could mean for your business and employees

In 2021, President Biden issued an Executive Order on Promoting Competition in the American Economy, which encouraged the Federal Trade Commission (FTC) to ban or limit non-compete agreements. The FTC’s official position is that non-compete agreements constitute an unfair method of limiting competition and violate Section 5 of the Federal Trade Commission Act.

On January 5, 2023, the FTC released a proposed rule that would prohibit all non-compete agreements between an employer and its employees, on the basis that these agreements are unfair methods of competition. This rule would override all state laws to the contrary.

As justification for this rule, the FTC points to studies indicating that non-compete agreements hold down employee pay, since job switching is a reliable way of increasing one’s income. Some economists think that these agreements have caused pay for middle-income workers to stagnate in recent decades.

The reasoning and rationale of the proposed rule can be found here. The intent of the rule is this:

While the proposed rule states that customer non-solicitation, confidentiality or non-disclosure agreements would not be impacted, the proposed rule also states that these kinds of provisions “would be considered non-compete clauses where they are so unusually broad in scope that they function as such.” For example, if a non-solicitation of customer clause effectively prevented an employee from entering into the employer’s market at all because the employer claimed every significant customer, the non-solicitation may well be deemed a non-competition agreement and therefore illegal.

If approved, the proposed rule would supersede any state law, regulation or order that is inconsistent with the FTC’s regulation. However, with certain recent case law involving the delegation of legislative power to federal agencies, there will be a threshold question of whether the FTC has the legal authority to regulate non-competition clauses in employment contracts.  This will likely result in litigation that could take years to resolve.

Exceptions were made in the rule for those agreements entered into between buyers and sellers of a business and a few other narrow exceptions.

Public comment on the proposed rule is available for the next 60 days. Employers and other interested individuals can submit comments online at https://www.regulations.gov. The full text of the proposed rule can be found on the FTC website.